"Free speech" and "the city-state of Singapore" are not phrases that fit together well, despite cautious moves over the last few years to liberalise Singaporean society and widen the space for expression and participation. July 2010, for example, saw an international furore over the case of veteran British journalist Alan Shadrake, who is facing two years in jail for writing a book that criticises Singapore's shameful use of the death penalty.* 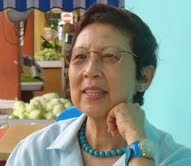